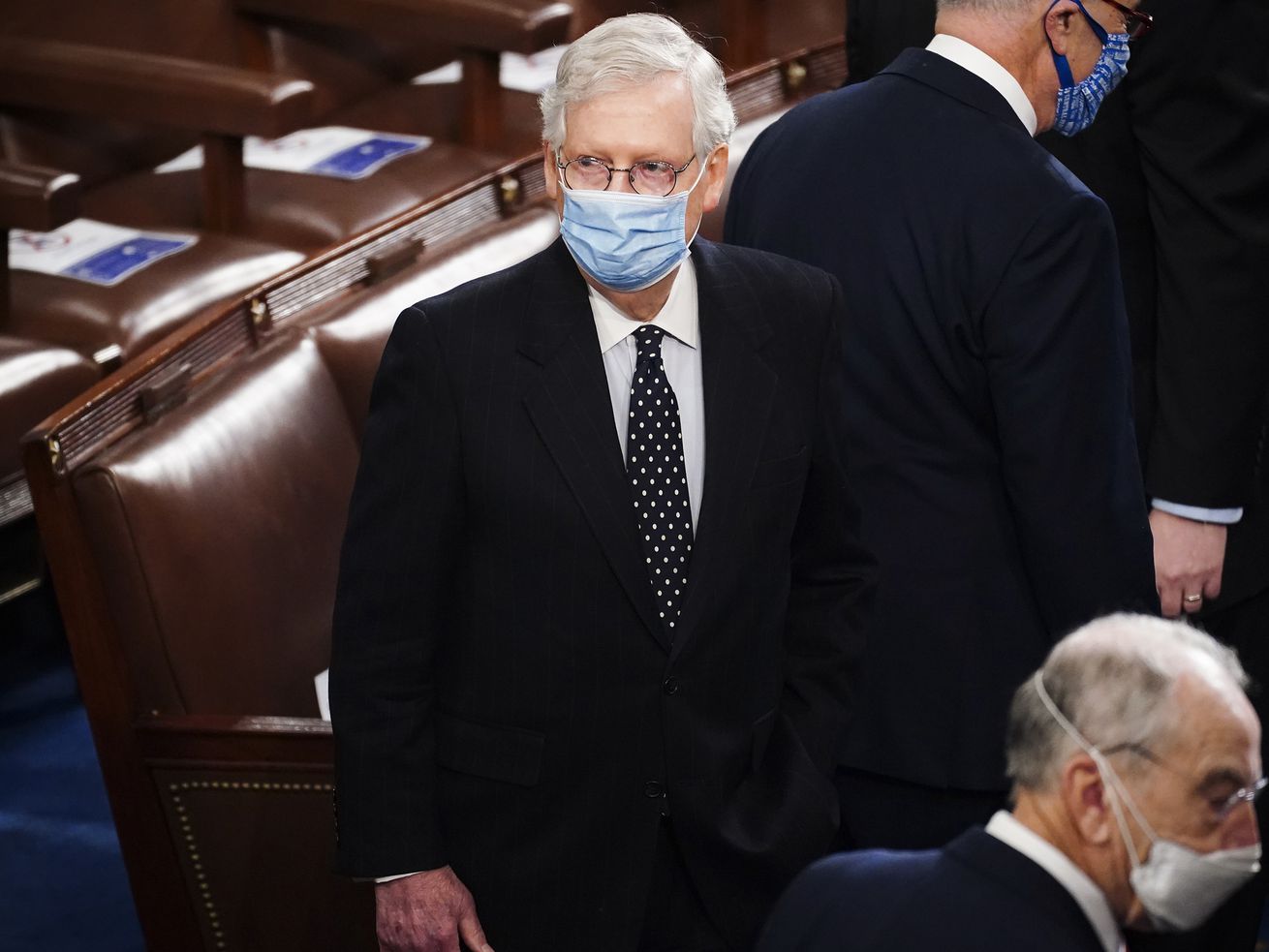 McConnell makes his sharpest break with Trump yet.

In a set of somber remarks on Wednesday, Senate Majority Leader Mitch McConnell urged Republican lawmakers to approve the presidential election results — and refrain from challenging them as President Donald Trump has demanded.

“The voters, the courts, and the states have all spoken. They’ve all spoken. If we overrule them, it would damage our Republic forever,” he said in a speech that marked one of his sharpest breaks with the president yet.

McConnell’s speech extolled the virtues of democracy, exhorted his colleagues not to “declare ourselves a national board of elections on steroids,” and laid out the lack of evidence for Trump’s claims about fraud. But after a month of the top Senate Republican endorsing (or at least indulging) Trump’s attacks on the legitimacy of the 2020 presidential election, the Wednesday remarks signaled not so much a return to normalcy as a clear view of the future divides in the Republican Party.

The Republican conference, after all, has already fractured on this issue, with at least 14 senators backing the president and announcing that they intend to vote in favor of objections that are raised, even though none of these challenges are poised to go anywhere. These senators are expected to challenge the vote counts from multiple states including Arizona, Georgia, and Pennsylvania, while many of their other colleagues have argued that such moves would undercut the democratic process and negate the will of the voters.

McConnell in his opening speech raised these very concerns, and cautioned his members against advancing such objections.

“If this election were overturned by mere allegations from the losing side, our democracy would enter a death spiral. We’d never see the nation accept an election again,” McConnell emphasized.

Mitch McConnell: “Nothing before us proves illegality anywhere near the massive scale that would’ve tipped the entire election. Nor can public doubt alone justify a radical break when the doubt itself was incited without any evidence.” pic.twitter.com/fAdJZ571Qs

Republicans mounting these challenges, meanwhile, have broadly acknowledged that these objections will not move forward — implying that they are simply using them to send a message.

Some, like Sens. Ted Cruz (R-TX) and James Lankford (R-OK), have used the threat of objections to push for more investigations into the election, while others have claimed that they want to represent the concerns of their constituents — while failing to acknowledge that they’ve played a role in stoking these very worries about election fraud. McConnell criticized this rationale in his speech, too, noting that such messaging moves were dangerous in themselves.

“I will not pretend this vote will be some harmless protest gesture while relying on others to do the right thing,” McConnell said.

The vote today highlights a stark divide among Senate Republicans and hints at ongoing fault lines within the party — with some lawmakers keen to tap into the anti-establishment support that Trump has received by raising these objections, as others emphasize the need to preserve trust within the electoral system. Trump is still poised to have strong sway over the party even after his presidency, given how much support he continues to receive from Republican base voters, but Wednesday’s vote signals that some leaders, including McConnell, are ready to move away from him.

“One of the biggest threats Republicans do face, especially if they come from red states, is the threat of a primary challenge if they’re seen as insufficiently pro-Trump,” Cook Political Report’s Jessica Taylor previously told me. “Probably nothing will matter more to Trump and his loyal base over the next few years unless you opposed the certification of electoral votes — even though it’s ultimately futile.”

McConnell highlighted the seriousness of these votes in his remarks and called on Republicans to weigh the institutional damage they could cause if they support these objections. “I’ve served 36 years in the Senate. This will be the most important vote I’ve ever cast,” he said.

Source: “Our democracy would enter a death spiral”: Mitch McConnell urges Republicans to back the election results

Don’t miss out on new posts!