Welcome to 2021 — well… almost. Excuse us if we’re a little antsy to talk about new beer releases and leave 2020 in the rearview. It’s been a hell of a year.

The first days of the new year arrive with good news for beer drinkers: January is typically a pretty great month for fresh releases (make sure to check your local brewers‘ release calendars). The deep bench of winter beers will remain in circulation too — leaving you lots of options to get through the cold days and nights. In fact, January might be one of the best months for beer, balancing hefty winter warmers with brews that promise sunny days are, indeed, on the (semi-distant) horizon.

Hopefully, the eight beers we’re giving love to this month will pique your interest and inspire you to explore exciting brews made near you or sold at your closest bottle shops. These picks represent regional craft beer releases from breweries that we vouch for (with tasting notes from the brewers themselves if we didn’t get to taste the beer yet because of the pandemic), along with some seasonally released bottles that we’ve been looking forward to trying again. 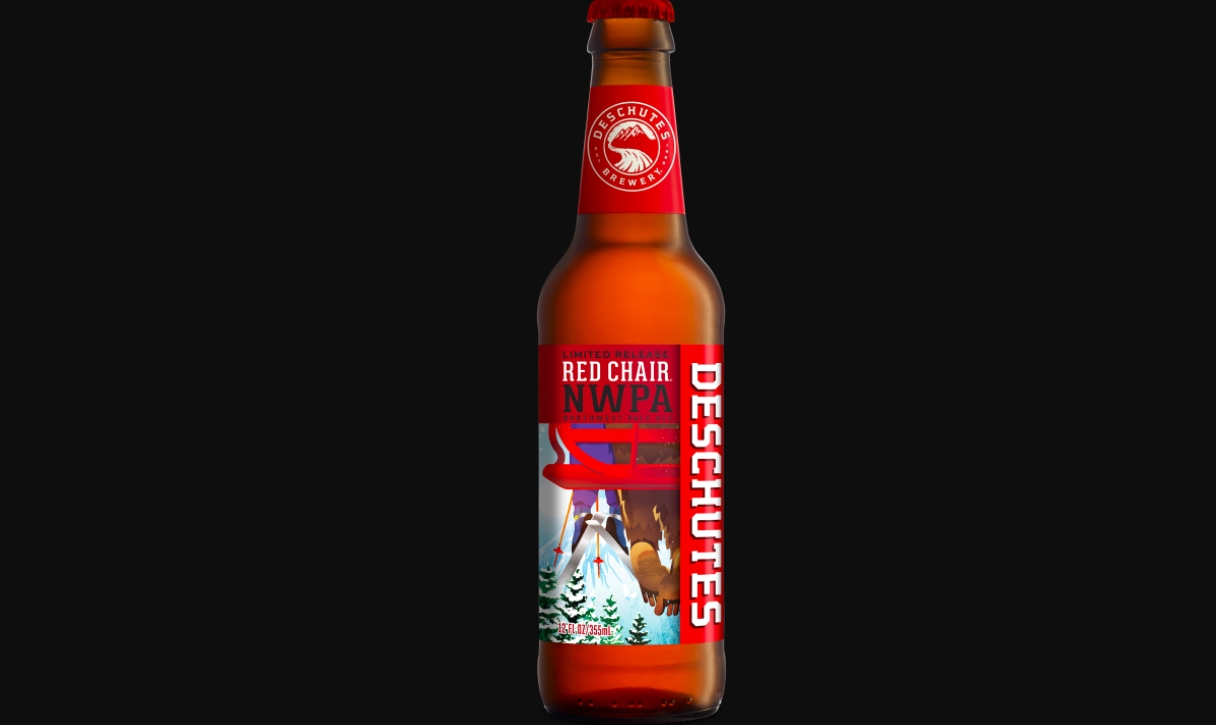 This January drop from Deschutes is styled as the perfect apres-ski beer for those days when we could hit the Oregon slopes. The suds focus in on the Cascade and Centennial hops while staying subtle enough to let the matrix of Pale, Crystal, Munich, Carapils, and Pilsner malts shine through.

There’s a clear sense of bright citrus hops up top with a mild dankness. That dialed-in hoppiness is more of an accent for the rich, buttery, and caramel-scented malts that make up the foundation of this pick. The hops are 100 percent there and edge almost spicy by the end, but they never out-shine the creamy/ caramel malts below.

This is a great end-of-the-day sipper. Or grab a sixer for the end of a long week and enjoy. 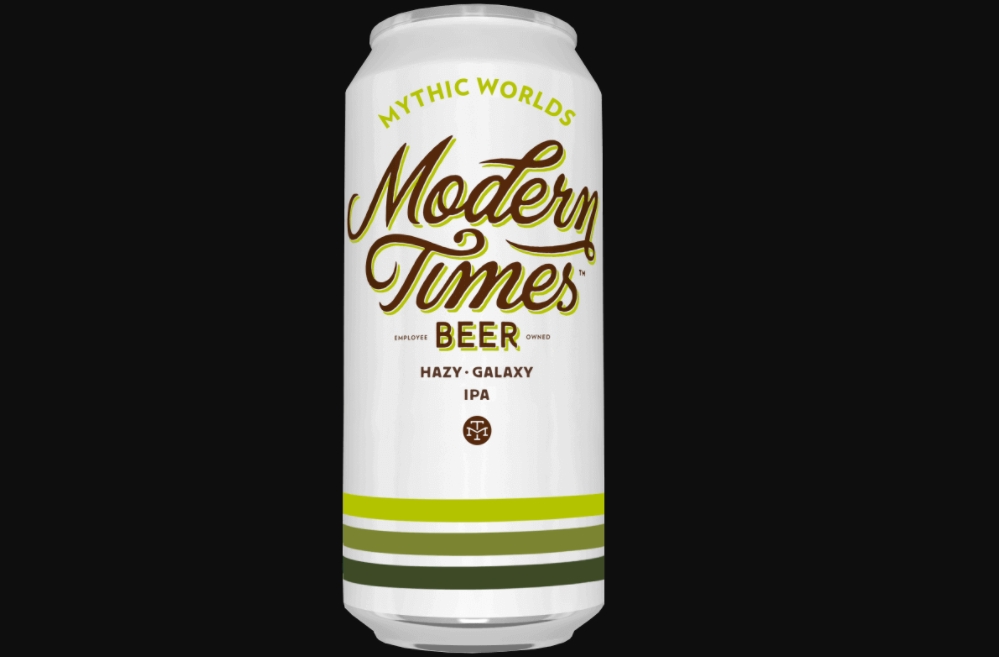 This is sort of the opposite of the above beer when we’re talking hop to malt balance. The Galaxy, Motueka, Mosaic, and Sultana hops are the star of the show and bring those huge flavors to the fore. Still, the Malted Wheat, Flaked Oat, and Two Row malts make a great backbone for all that flowery hoppiness.

This really is a fruit bomb in a glass. The tropical fruits are distinctly present and touch on passionfruit, pineapple, and bright lemon zest while a fleshier and sweeter peach edge carries the taste towards the slightly malty underbelly. The whole hoppy affair will have your mouth buzzing.

This is an eye-opener. The brightness of the beer’s fruity nature will wake you up while the high-ish ABVs will keep your head nodding along, like listening to your favorite tune. 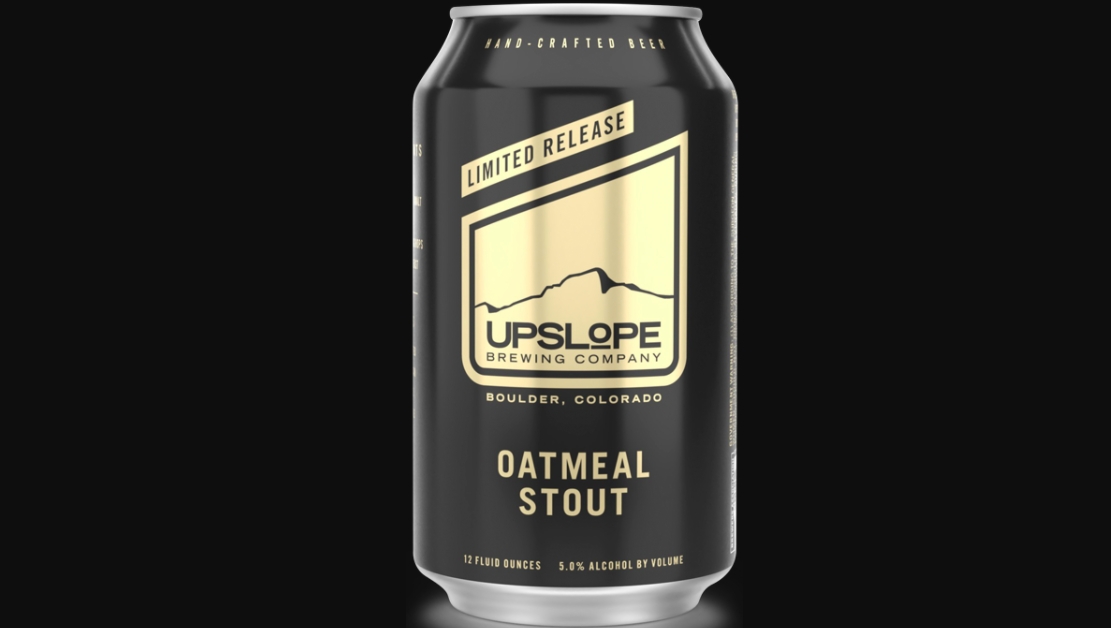 Sticking with oats in the bill, this limited release from Boulder’s Upslope feels like a late holiday gift when it drops every January. The base of deeply roasted malts and oats are bolstered by a small dose of East Kent Golding hops. That gives the taste a little bump of light hops to cut through the thicker aspects of the stout.

This really smells like a malting kiln full of chocolate roasted malts next to creamy coffee bricks. There’s a light touch of toffee sweetness that adds to the creamy vanilla and dark chocolate maltiness. The hops are there as a ghost, lurking beneath everything yet reminding you that they once existed.

The overall experience is velvety and accented with a hint of earthiness on the very end.

At only five percent ABV, this is practically an everyday session beer for the short January days. 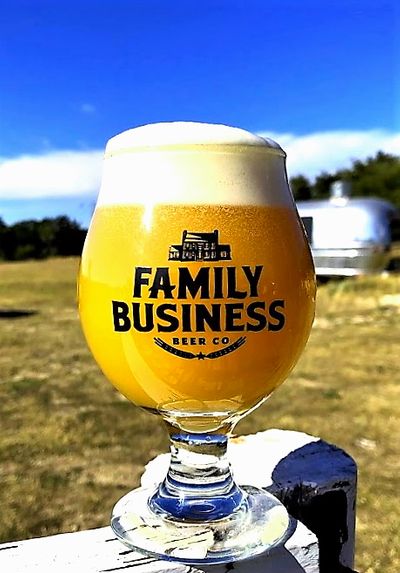 This is one of those beers you’re going to have to be in Texas to try. Still, Family Business Beer Co. puts out some of the best craft in Hill Country and this brand new release embraces the haziest of the hazy aspects of NEIPAs.

Tasting Notes (from the brewer):

“A pillowy-soft body, moderate abv, and a blend of some of our favorite fruity hops. Drift away on clouds of citrusy creamsicle stone-fruit juicy goodness.”

In Nate Seale we trust. Seale is damn near a legend in brewing, so we know this beer is going to rock. Check it out if you can. 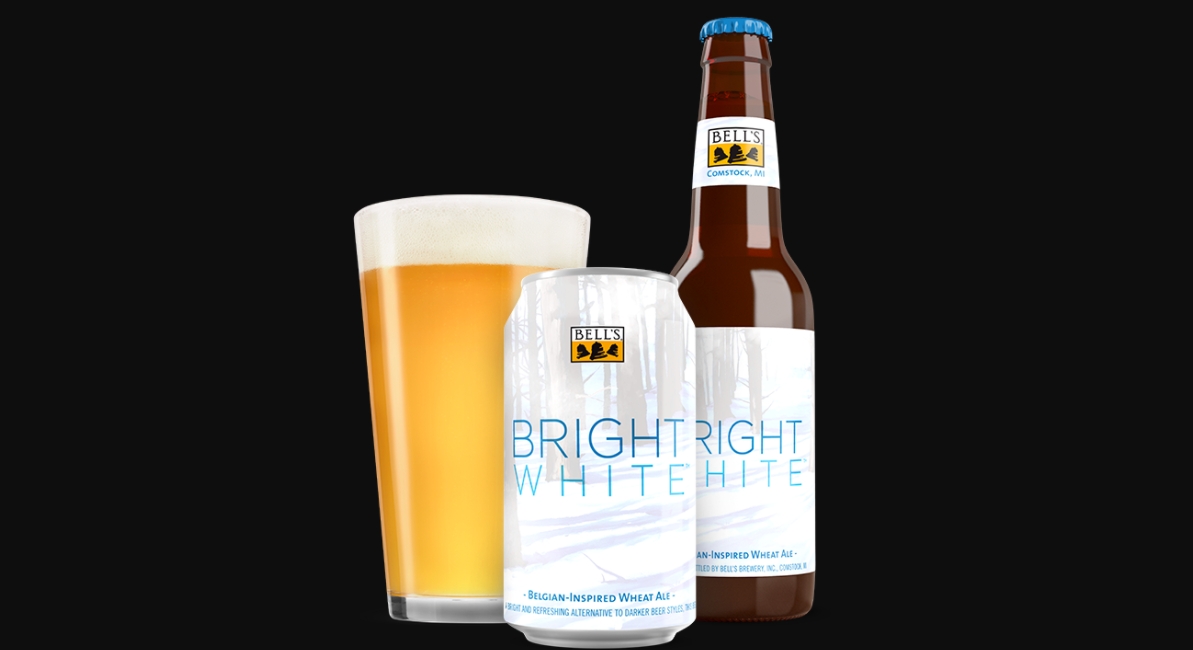 This winter beer leans more into the Belgian witbier standards that are being savored right now. The base is a mix of barley and wheat malts that combine with Belgian Ale yeast to really amp up the wintry vibe of the final beverage.

There’s a sense of sourdough pancakes with orange syrup that’s been spiked with cloves. The taste delivers on those promises and adds in more fruit (think bananas, lemon, and maybe even pears). The spice and fruit lead towards a final floral note from the hops that leans almost herbaceous and savory.

This is an easy-drinking beer that’s complex yet low-ish ABV. It’d be easy to get through a sixer of this one. 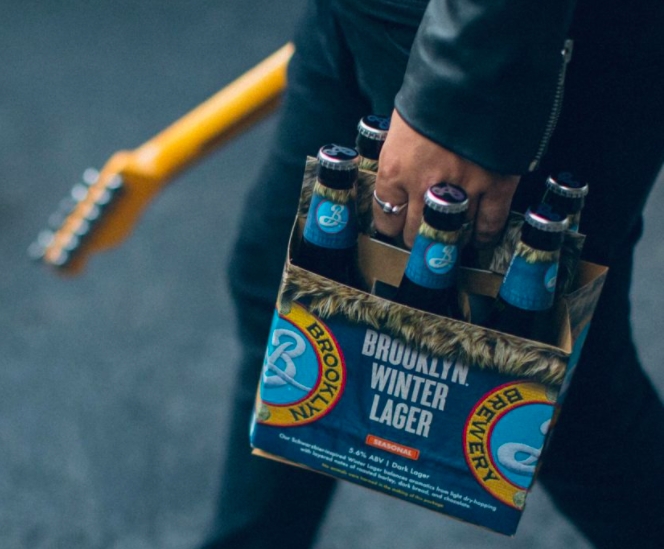 This beer is ending its run this month, making it now or never if you want to drink some before next winter. This beer really leans into the darkly roasted malts without the heaviness of other winter beers.

Brooklyn Winter Lager is meant to be an easy-drinker by design and they hit it out of the park.

There’s a clear sense of darkly roasted coffee beans balanced with hints of light vanilla, toffee, and a touch of dark chocolate next to crusty sourdough bread. That malty/breadiness carries on through the taste as the coffee-laden malts make way for a note of hops before the vanilla/toffee/chocolate nature of the sip returns. The end has a note of winter spices on the very end that plays well with the overall feel for the beer.

This is a very easy quaffer that you should be able to find on most shelves right now. 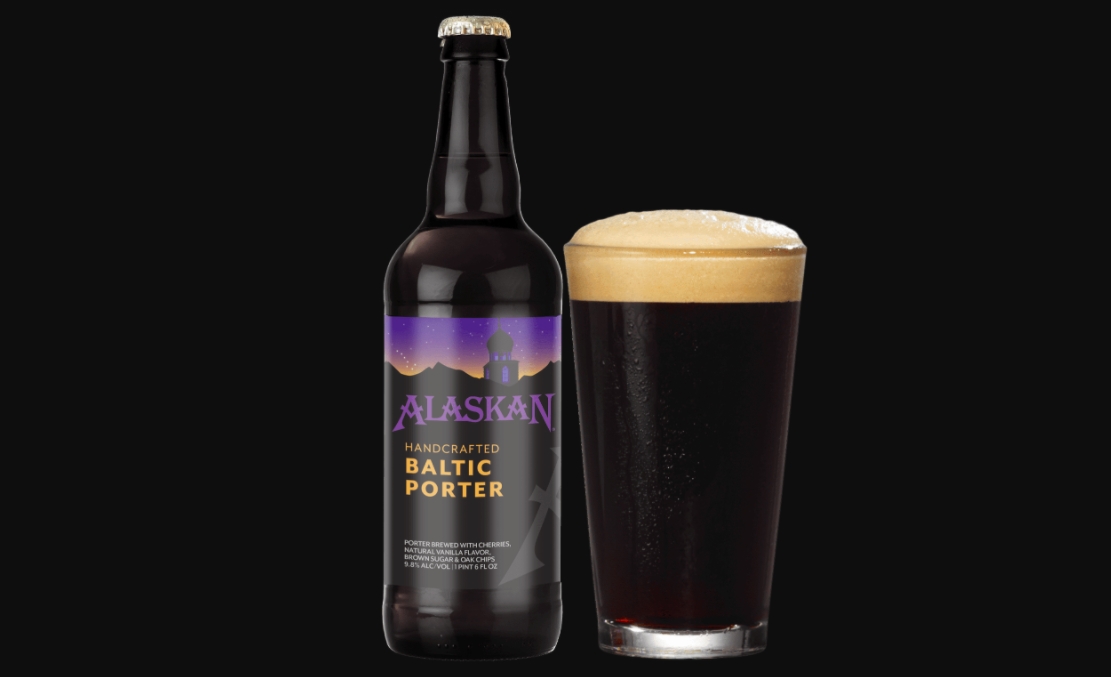 Baltic Porters are kind of like the chiller twin siblings of Russian Imperial Stouts. This particularly well-crafted version amps up the already dark malts with dark cherries, French oak barrel chips, brown sugar, and vanilla beans in the beer while it rests. The result is a beer that is all about wintry vibes while also being an excellent candidate to lay down in a cellar and age.

The maltiness of this beer is like a sheet of the softest velvet you’ve ever experienced. Those dark malts lean into coffee and chocolate notes you’d expect without overdoing the premise and adding in hints of dried fruits, black licorice, and nuts. Then the oak arrives with a hint of bourbon vanilla next to rich and buttery toffee that marries to that dried fruit and bitter coffee/chocolate.

This is a great bottle to share with someone who really digs bold beers. We’d also argue it’s worth investing in a handful and letting them age for a few years to see how they develop. 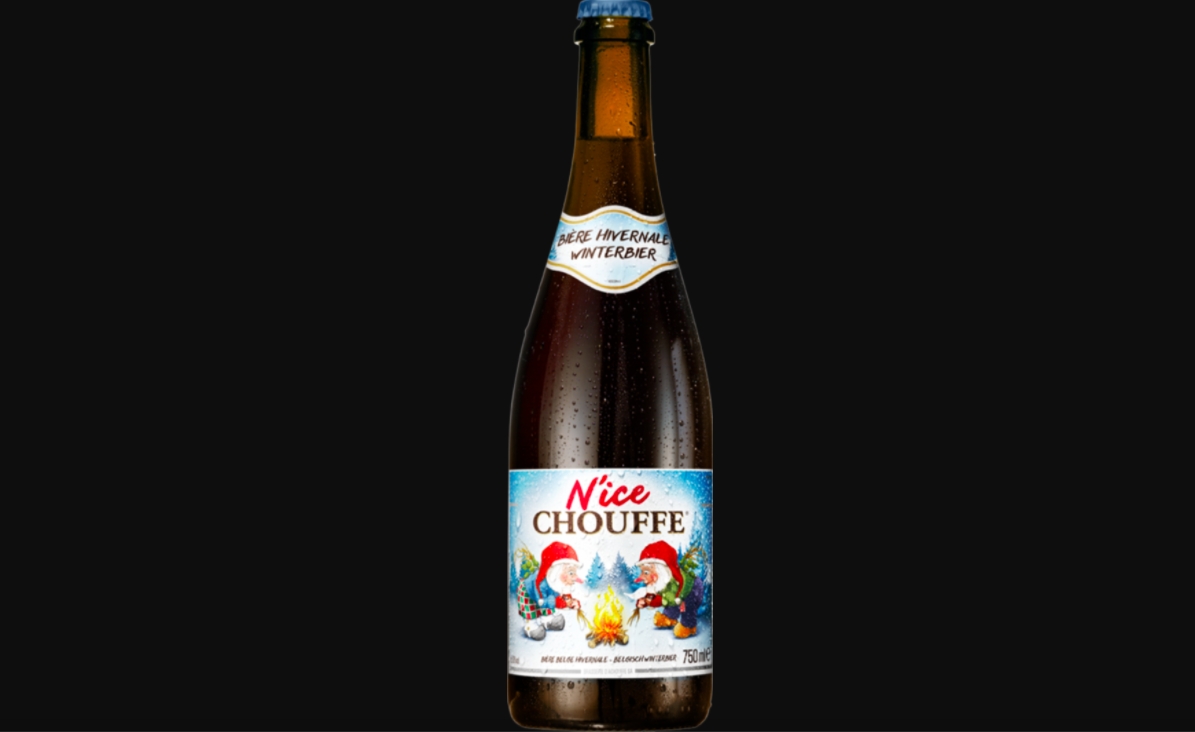 This beer is winter in a bottle. While we’d usually call this out last month, it felt like January was more suited to enjoying this one. The dark ale is crafted to bring out a warming sense of comfort during the cold winter months while also being a great pairing beer thanks to both orange oils and thyme being at the forefront.

Thyme and curaçao are the main draws on the nose with the orange of the curaçao the most pronounced. The taste has an effervescence that keeps you hooked as the bready malts mingle with winter spices, more orange oils, and savory herbs. The ABVs are there but never feel overpowering.

The overall experience is light, full of winter vibes, and endlessly enticing.

Be careful with this one. This is delicious and you’ll want to drink a lot. But the high ABVs will catch up with you very quickly (we speak from experience on this).

Source: The Best Craft Beer Releases To Chase Down This January