I just enjoyed one of the best whiskeys of 2020 with only two days left in the year. My tasting came far too late to make my Best Bottles of 2020 list, though it was featured on Chris Osburn’s Canadian Whiskeys You Should Know list back in October.

There are a couple of reasons I didn’t try Alberta Premium Cask Strength Rye in 2020. But before we get into that, I’m going to spoil my own article: This is a goddamn delightful dram that reaches the vaulted heights of Buffalo Trace’s Antique Collection Sazerac and Michter’s 10-Year Rye. It’s that special and the adoration it’s received in whiskey competition circles and among reviewers feels much deserved.

So why are we only talking about it now? Well, it’s kind of complicated and not the whisky’s fault.

The biggest reason this whisky expression lost a lot of its momentum in 2020 was due to Jim Murray getting dethroned as the be-all-and-end-all of whisky reviewers. Murray was called out by Scottish whisky expert and writer Becky Paskin for using sexist language in his reviews in the 2021 version of the Jim Murray Whisky Bible. That fallout jumpstarted a conversation about female and BIPOC representation in the spirits world, which pushed the need for systemic change to the forefront. In the months that followed, the industry has shown movement in a positive direction with regards to the concerns of Paskin and other underrepresented voices.

What was lost in that vital conversation was the whisky that Murray called the “World Whisky of the Year” (the reviewer’s top prize), Alberta Premium Cask Strength Rye. But Murray isn’t the only whisky expert singing the praises of this expression. It’s won Double Gold awards and reviews have been almost universally positive. The whisky stands alone as a great dram of 2020. Even if it didn’t get the typical Murray Bible Bump.

So why are we talking about it now? One, Alberta Distillers (Beam Suntory) just released a limited supply of the bottles on the U.S. market a couple of weeks ago. Two, since this bottle didn’t get the astronomical level of coverage it would have typically gotten (due to collateral damage from Murray’s downfall), you can actually get a bottle for only $10 over MSRP right now (though it’s already trending much higher than that). And three, my personal bottle cleared customs (I live in Germany) right around Christmastime.

My taster has been sitting on my shelf for more than a week (I taste a lot of whiskey for work and I still haven’t gotten to a fair few, sorry), so as 2020 winds down I figured it was time to break it out and see what all the fuss was about. Here’s what I thought. 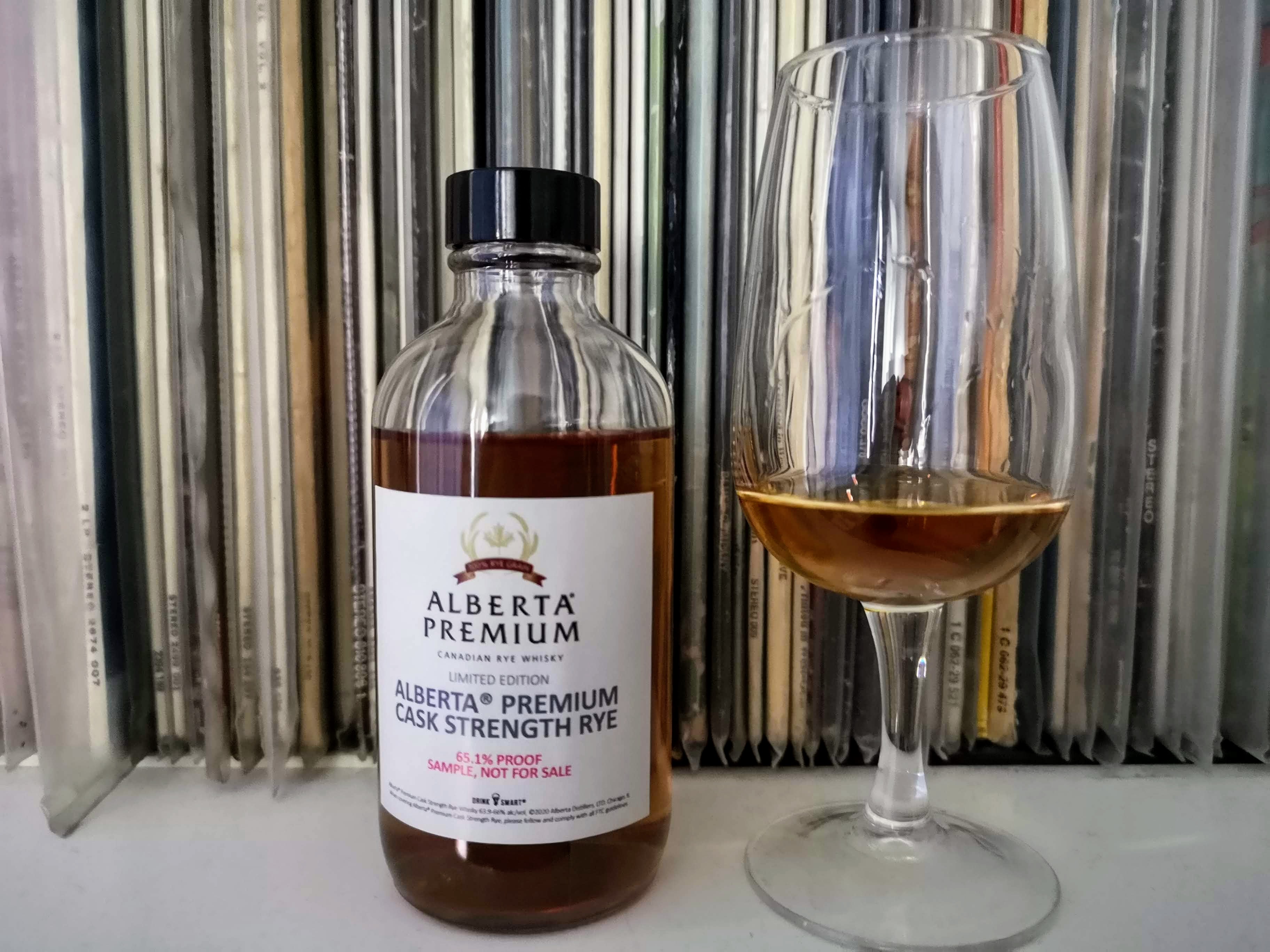 Zach Johnston
Related: Ranking The Best Whiskeys (Across All Styles) That We Tried In 2020 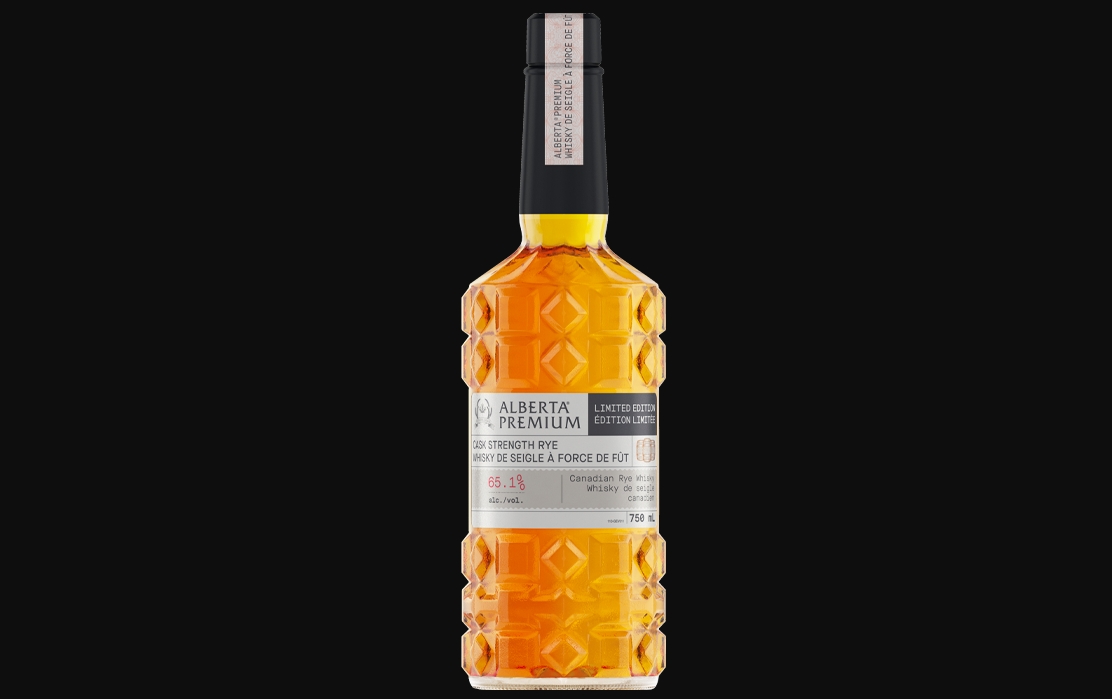 This whisky from Calgary, Alberta utilizes the craggy peaks and vast plains of that province in every drop of the final expression. The rye comes from the Alberta prairies for the 100 percent rye mash bill. The grist (milled rye grains) is then married with Rocky Mountain glacial water for fermentation. The spirit is then barrelled and left to mature for an undisclosed amount of time.

The results are blended and bottled with zero fussing at cask strength, giving this whisky a real depth and sense of those chilly plains, mountains, and barrels from Alberta.

The nose is complicated in a good way. There’s a sense of Red Vines for a moment that leads towards a cedar bark woodiness full of rich vanilla and a slight whisper of cherry deep in the background. The palate delivers on the warmth of the cedar while the vanilla edges towards a creamy pudding texture, making this almost velvety smooth. The fruit gets a bit darker and tarter, leaning away from the sweetness as buttery toffee arrives next to more cedar and some serious spice with a little note of buttery shortbread lurking underneath. That spice leans both towards freshly cracked black pepper and powdery chili powder with a touch of dark chocolate when a little water is added.

The finish is long-ish and comes to a fine point. There’s a real sense of that cedar, spice, and vanilla that lasts the longest. But, as the sip almost completely fades away, you get this tiny moment of savory fruit sort of halfway between a melon and pumpkin. There’s exactly zero alcohol heat despite the very high ABVs, which is kind of amazing.

I’m looking forward to drinking more of this throughout 2021. It really does live up to the reviews and awards it’s been getting. I’m also looking forward to making a Manhattan with this thanks to the high ABVs. Snag a bottle now and enjoy it while ringing in the new year!

Source: Did We Sleep On 2020’s Best Whiskey? Our Review Of Alberta Premium Cask Strength Rye