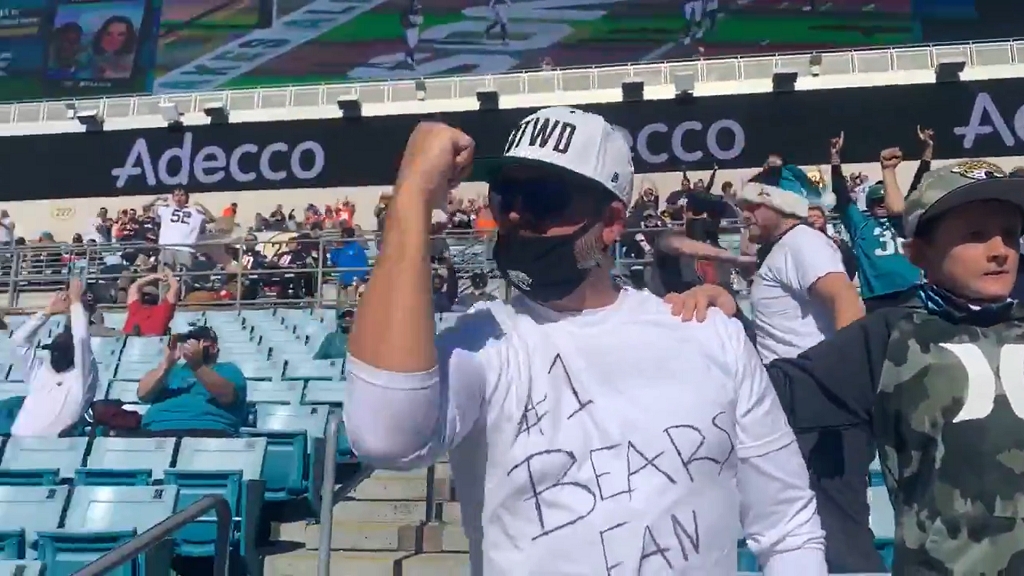 The Jaguars are not a good football team this year. Currently projected to have the No. 1 overall pick in the NFL Draft, they have lost 13 games in a row after, somehow, winning their first game of the season, and could very well make it 14 if they lose to the Bears on Sunday. This may seem like a year where fans would have nothing to cheer for, but Jaguars fans are choosing to look on the brighter side of things. With that projected top pick comes a chance at taking Clemson’s Trevor Lawrence, a fantastic consolation prize to a horrible season.

Jaguars fans are so excited for the prospects of drafting Lawrence that in fact that many of them are actively cheering for the Bears to beat them. Don’t believe it? Check out this video of Mitchell Trubisky’s first quarter touchdown throw.

Jags fans cheering when the Bears score a TD

They must be really excited about that No. 1 pick!

You can hear a loud cheer for the score. Of course, it would be safe to assume that these are just Bears fans attending the game. That is until you get a different angle from inside the stands themselves.

These are honest to goodness Jaguars fans actively cheering for Mitchell Trubisky and the Bears to beat the Jags. They know what’s at stake here. A loss puts them one game closer to Lawrence and, for a franchise that hasn’t had a truly great QB since maybe Mark Brunell in the ’90s, it’s worth the suffering.