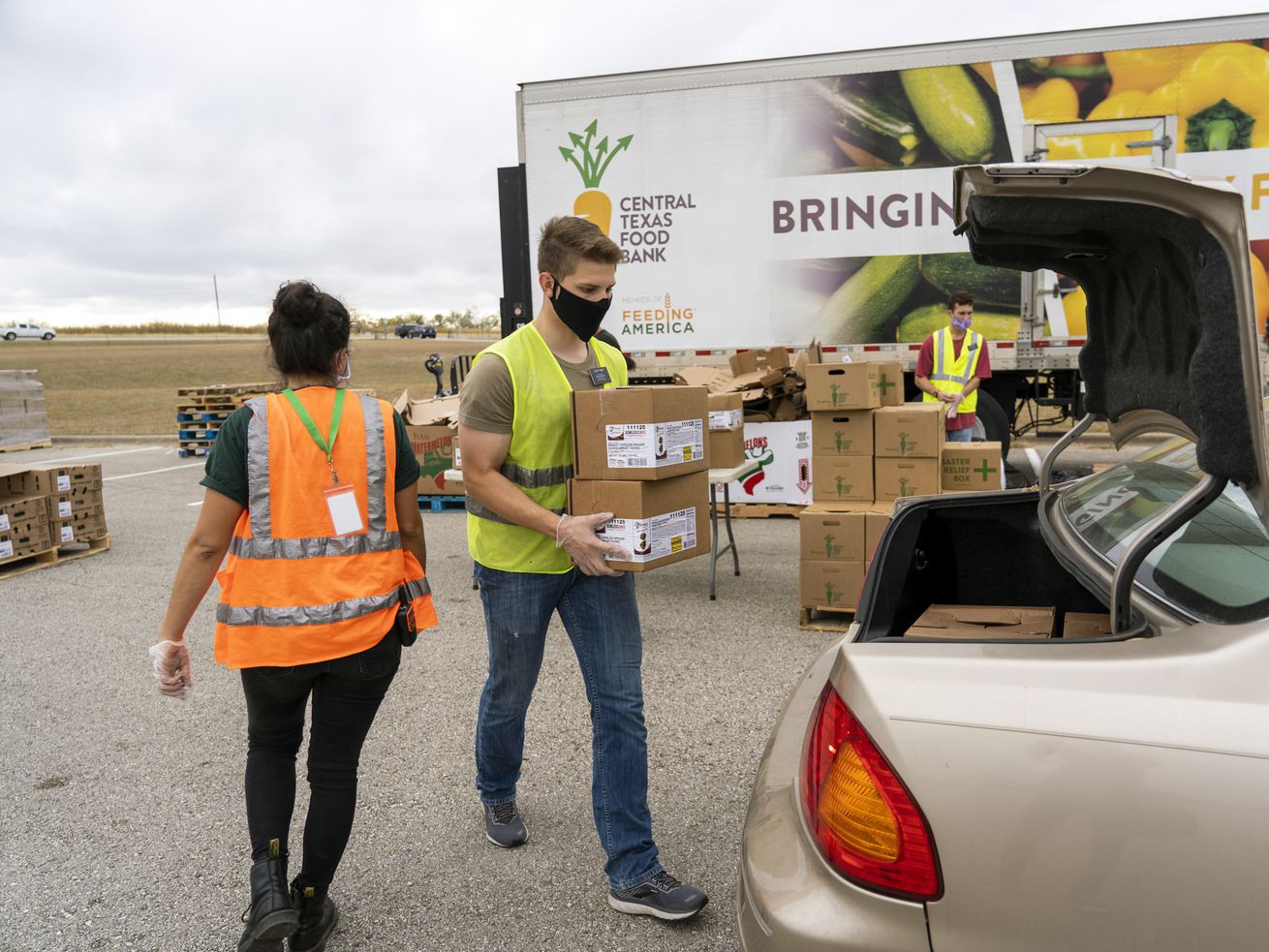 Even when the pandemic ends, food banks will still be in high demand.

Years ago, when Derrick Chubbs was working at the Red Cross, his team held a seminar simulating a potential pandemic. Chubbs, now the president of the Central Texas Food Bank, recalled that training earlier this year as he stared down a potential world-altering crisis. Before the rest of us were taking the coronavirus seriously, he stockpiled food, implemented safety measures, and scouted auxiliary storage facilities. But like so many other organizations pushing through the Covid-19 era, Chubbs quickly understood that there was no way to fully prepare for a pandemic. He and his team needed to roll with the punches — that’s the only way a nonprofit can sufficiently cover the economic carnage the coronavirus is leaving in its wake.

Speaking as 2020 winds to a close, Chubbs tells me that, this year, the Central Texas Food Bank has smashed all of its previous records. Covid-19 has debilitated the American job market and has left an unprecedented wave of food insecurity. Thanksgiving was marked by long lines of cars piled up outside food pantries across the country. The Washington Post reported that the US could face shortages of 8 billion meals over the next year. The National Geographic speculated that one in six US residents could go hungry as the pandemic persists. Even as vaccines mobilize, it’s clear that this emergency isn’t going to go away. Unsurprisingly, the Central Texas Food Bank is distributing more food to more people than ever before, and tallying up a much larger bill in the process. 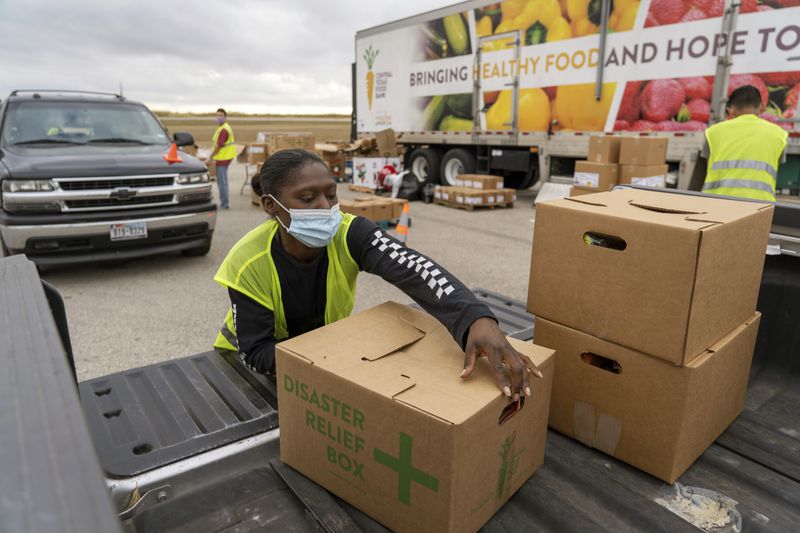 All of this keeps Chubbs awake at night. He’s confident that the Central Texas Food Bank can continue to meet the demand through the next few months. But if his worst fears come true and people are still impoverished and hungry by 2023, Chubbs isn’t sure if his infrastructure will hold up. We talked about that, as well as how his staff socially distances while dropping off meals, and his long, strange journey from Dell and IBM to the nonprofit sphere.

What made you want to leave the tech industry for a nonprofit?

At a certain point, I felt that I needed to feel more relevance in what I was doing. I have no complaints about my experiences with IBM, Pervasive, or Dell. They were all unique, I got paid, no complaints. But in all honesty, I needed more. I started feeling it long before I left, and I’ve been fortunate enough to have some good mentors along the way. Eventually, the stars aligned and I got a call about the Red Cross, and I never thought they’d hire me. I thought they’d think that I was going to try to turn the organization into Dell, but they did, and that’s how I got my start in the field.

If I could do it differently, I wouldn’t. I’d do it exactly the same way. Even though I didn’t plan this journey at all.

How were you preparing at the food bank at the beginning of the pandemic as it became clear we were headed for a shutdown?

I remember going back to some Red Cross simulations that I had. One of them happened to be simulating a pandemic, and that was the scariest class I had ever gone to. In February, I didn’t expect Covid to be as dramatic in America as it ended up being, but I remember bringing the team together and saying, “Let’s have a what-if discussion. What if this thing blows out of proportion?” The more we talked about it, the more we became afraid. My first thought was, “What if this thing lingers? What areas might be impacted?” First and foremost was minimizing risk for the team — both staff and volunteers. What do we need to do in the building to protect them? We interact with hundreds of clients on a daily basis.

Was it difficult to scale up your production to face the crisis?

Eighty percent of our food is distributed through 250 partner agencies across the counties that we serve. It wasn’t just us. We’re talking food pantries, church pantries — some very small, some large — and they depend heavily on volunteers to run those operations. And the majority of those volunteers were in the high-risk group. It was a totally different dynamic we had to deal with. How do we scale ourselves and help our partners scale at the same time? We hadn’t even started talking about issues procuring food. 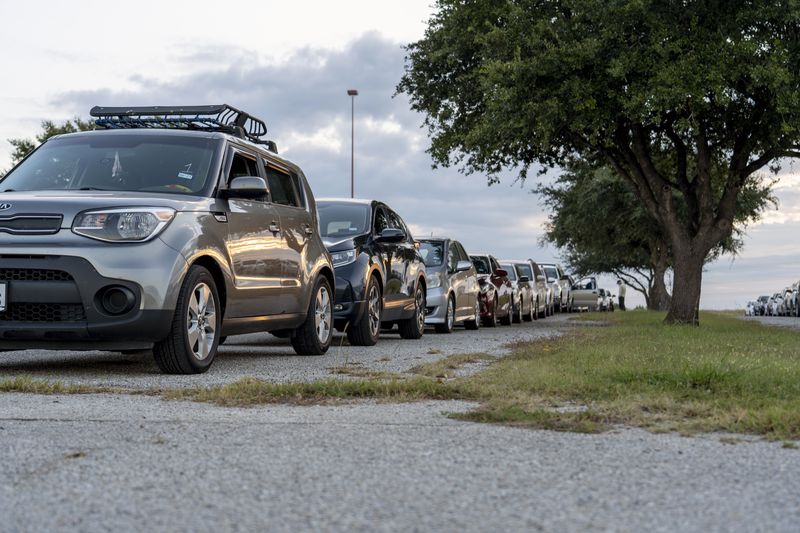 How did the shutdown affect your supply chain? How prepared were you?

We had to change our entire model. We can’t do client-choice anymore. Now we distribute through boxes of food. That’s what you see on television: these lines and lines of cars, with food banks loading food directly into them.

The number of people that could congregate in one area was also drastically reduced, which means that we dropped the number of volunteers we could bring into the building by 70 percent. Normally, we could handle 100 volunteers per shift. That went down to 30. At the same time, demand was skyrocketing.

We’re seeing a lot of reports about food bank shortages right now. What do you think is causing that nationally? A lack of inventory, or the logistical challenges you just described?

We were fortunate because we had food. I started buying a lot of food at the beginning. We weren’t one of those banks that was strapped for cash and couldn’t accumulate a stockpile. I even started looking for additional places to store food in the event that I couldn’t store it all in my building.

So in our first 90 days, I didn’t have a major supply challenge. What I had was a human resource problem, and not having as many people as I needed. We went to five of our largest churches that had major operations, and we could pull trucks up into their parking lots and unload pallets of food so they could build boxes for us. That’s how we got through July: us and our churches building those boxes. If it hadn’t been for that, we wouldn’t have been able to meet the demand.

How much more food have you distributed this year compared to years past?

Ordinarily, we would distribute 3.7 million to 4 million pounds of food a month. We are now in the 7 million range.

“Ordinarily, we would distribute 4 million pounds of food a month. We are now in the 7 million range.”

The pandemic has left so many people out of work. In the mid-to-late summer, we saw people coming to us for the first time. We track that stat. It was a 200 percent increase of newcomers. Our target was 50 million pounds last year. This year, we’ve done 64.5 million. Ordinarily, we’d distribute food to about 50,000 people a week. Last month, we distributed food to 343,000. I fully expect December to be higher than November.

Have you had any moments of anxiety? A feeling of, “I’m not sure we can keep up with this”?

Only at the beginning. We realized the amount of money we were spending to purchase food increased exponentially. Ordinarily, we would spend about $100,000 a month on food. Over the last several months in a row, we were over a million. That scares me because it’s unsustainable. We can’t continue to do that. I’m living off the extreme generosity of this community, but that won’t last forever.

We had a consulting group come in pro bono, and one of the things they were saying is that we will see elevated levels throughout 2021, well into 2022, and as a worst-case scenario, into 2023. We are at the beginning of this. The number of people coming to us just keeps getting higher. We had a similar spike during the government shutdown during 2019, and the thing we kept hearing from out-of-work government employees was, “This will likely take me six months to recover from just being unemployed for six weeks.” Can you imagine what’s coming our way? We have people who’ve been out of work for months, some of them for a year. The recovery is going to be extremely long term.

How are you guys looking right now? Obviously, it’s impossible to know how things will be years down the line, but are you confident that your food bank can continue to meet demand for the next few months?

I feel pretty good about it. I am blessed to be in one of the most supportive communities in this country. They’ve always come to the rescue. I feel confident that we’ll keep it up for the next 90 days. Ask me after those 90 days and it might be a different story. My concern is still hinged on the ability to procure enough food to meet these demands. And to be totally honest with you, even at the levels we’re at now, we’re still 25 percent short of meeting the complete demand.

We’re literally wrestling with what’s in front of us. But we’re doing everything we can to continue to distribute food and continue to advocate for the dignity and self-respect of the people that seek our services. To make sure that they know we’re here for them and that we’re not judging, no matter what.

Source: Food banks have had a record year. Here’s what it’s like to run one.