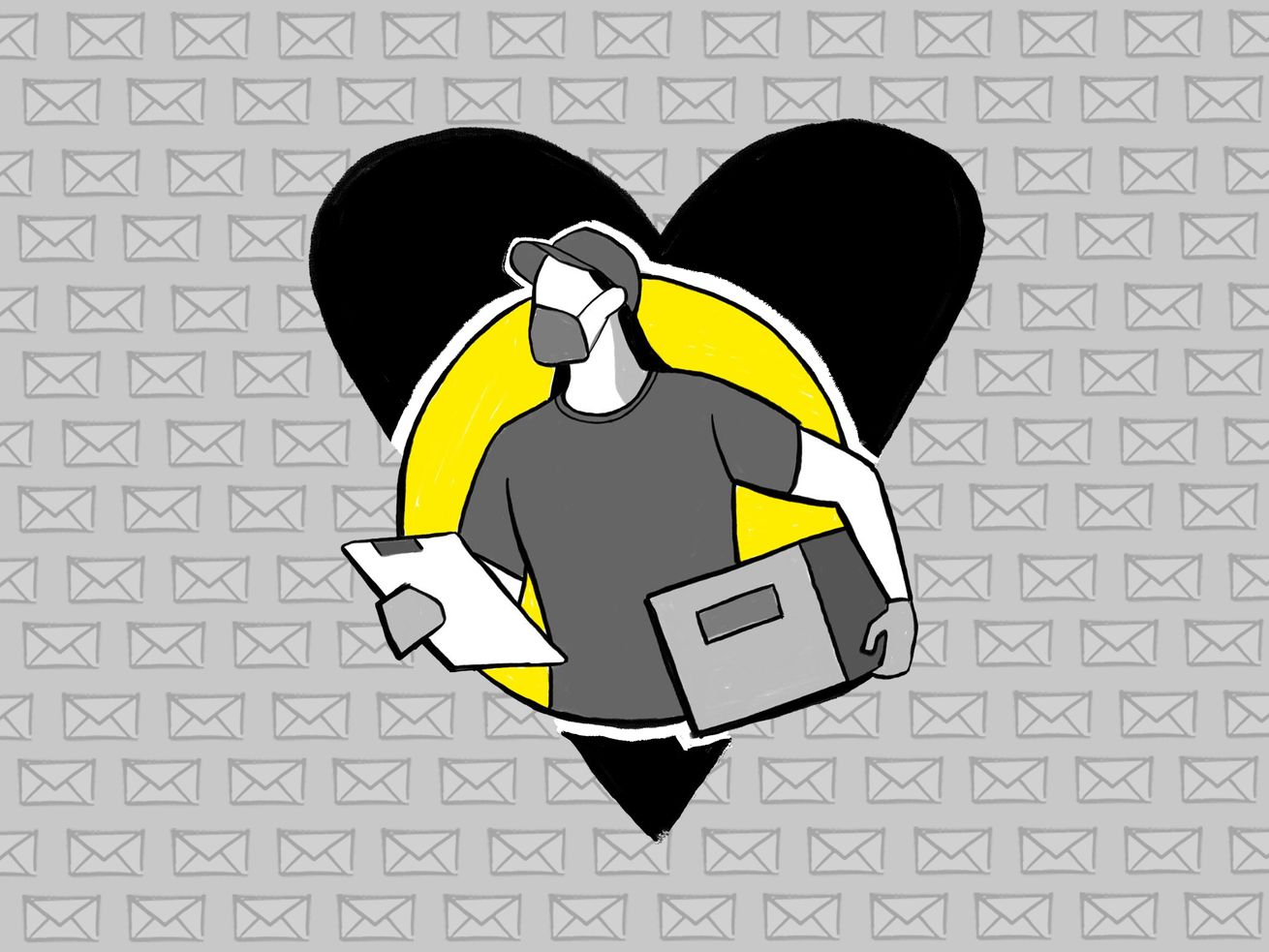 “I asked him, ‘How’s everything going? How can we help?’ And I accidentally told him that I loved him.”

This is The Lost Year, a series of stories about our lived experiences in 2020, as told to Vox critic at large Emily VanDerWerff.

When Alayna got in touch to tell me her story of a tumultuous 2020, she titled the email “A Very COVID Christmas.” And even though she’s had a stressful, difficult year — one that involved opening a vintage clothing store just as quarantine began and losing a pet in the midst of the pandemic — a subject line that could have been the name of a Hallmark movie was apt.

Alayna, stuck in the building that is both her store and her apartment for most of the year with mostly her bulldogs for company, developed a crush on her mailman. That crush was slowly but surely reciprocated, leading to the kind of slow-burn, in-person flirtation that seems increasingly like a throwback to an era before dating apps. As quarantine continued, the two got to know each other better — and then she found out his mail route was going to change in the new year.

I’ll let her tell you what happened next, but the image that has stuck with me since talking to Alayna is of her, in the early days of the pandemic, sitting in her shop, slowly cutting apart her merchandise to make masks for the people of her neighborhood. It seems to me a potent symbol of a time when nobody quite knew what to do, so we started making sacrifices to try to take care of and connect with each other.

So I had a terrible divorce in Erie, Pennsylvania, about two years ago, and I decided to move home with my family in Pittsburgh and follow my dreams and open up my own vintage clothing store. I was gonna open my store in April, but that’s right when our governor gave a lockdown order.

I live in a little neighborhood right outside of the city, and nobody knew what was going on. Are we supposed to wear gloves? Are we supposed to take our shoes off? Nobody had masks. At that point, I was, like, “Well, shit, I can’t open my store. We might not make it through this. Humanity might not make it through this!” So I literally took my clothes, my merchandise, and started cutting it down into rectangles and making masks for the neighborhood. It was, like, “Forget it. If I don’t ever get into business, at least I can help my neighbors.” I was cutting up 1970s polyester and even this Oscar de la Renta suit. Like, “Ugggh, whatever!” But everyone got their masks.

It was basically just me and my bulldogs in the store. We really didn’t see anyone. I had to stop construction on my renovation. Sometimes, my mom would stop by, and we’d wave just off the porch. But! We always saw the mailman. Tried and true, he was there every day. There were actually other mailmen, but only one caught my eye. Essentially he was the only man that I saw for, like, six months.

I’d always appreciated how nice he was to my bulldogs. I had two bulldogs at the beginning of quarantine, but I lost one about a month ago. I cried more over losing him — his name was Meatball — than over any relationship with a human. I cried more for Meatball than in my divorce. I cried so much I had to go to the doctor because I got dry eye and had ruptured blood vessels and had to get eye drops. Thankfully, my other dog Louie is still here. He’s doing better than I am. It’s all a part of life, I guess.

I forgot how to talk to people. I just lost all my game, any swag that I ever had. Remember a couple months back, people were like, “We’re going to lose the post office!”? So I asked him, “How’s everything going? How can we help?” And I accidentally told him that I loved him. It came out really weird. I was just like, “Oh, thanks for all you do, and the dogs and I love you!” He was very nice and didn’t miss a beat. “I love you guys, too.”

I tweeted, “I just told the mailman I loved him on accident.” It caused a little bit of a following.

I started asking the other mail guys about him. Maybe the mailmen told him, “Oh, the new girl down at the clothing store might have the hots for you.” So he started coming by. Our chats became a little bit longer. We’re so used to dating apps and making a judgment call based on someone’s age, what they look like, and their job. So this was like life before! It was like, “Oh, this must be like what they did during the Dust Bowl, when no one could go to see people.” We’re stranded, but we can always rely on the post office.

It was nice out, and it was summer. I wasn’t working, so I was on the porch a lot. He would park his van right beside my porch. We had all the time in the world. It was reasonable to take the time to get to know someone and ask each other questions. He was just a giant teddy bear. He was all bearded with long, flowy hair. He was so the opposite of what I would typically go for. I’m usually a sucker for a guy in a suit, clean-shaven. It was my first real … encounter with a true yinzer in the time I’ve lived in Pittsburgh.

It was fun, too. When was the last time in 2020 that I was able to be excited about something? One day, before we had really become friends, I saw him walk past my door, and I was like, “[gasps] IT’S THE MAILMAN!” He told me a couple days ago that he was getting a new route as of January 1. I was very like, “I’m never gonna see him again.” [The panic] was pretty intense!

But then I thought, “Wait a minute. He’s cute, but we’re just a little too different.” The conversation just wasn’t free-flowing. At first I thought that I was very awkward in general and had forgotten how to flirt. Then I thought it was maybe nerves, where he didn’t know what to ask me. I could talk to a wall. I could talk all day. By the time we got to know each other and the nerves had passed — it got to an exhausting point where I was doing all the talking and asking all the questions. And I’m certainly not going to settle after all the shit that I’ve been through. I told him it wasn’t going to work out.

It was too bad. It did feel a little like I was in a Hallmark movie. People on Twitter would send me cheesy Christmas Hallmark film titles [on Twitter]. Reroute Rudolph or Sealed With a Mistletoe Kiss. It was so nice people could have a connection over something fun and nice. But I tweeted, “Twitter friends, I am so, so sorry, but I have to cancel A Very COVID Christmas. Things just didn’t work out.” It didn’t even last until Christmas.

Next: Chronic pain, an unusual love story, and reassurance via pickle

Source: The Lost Year: Falling for your mailman in lockdown (but not getting the ending you wanted)