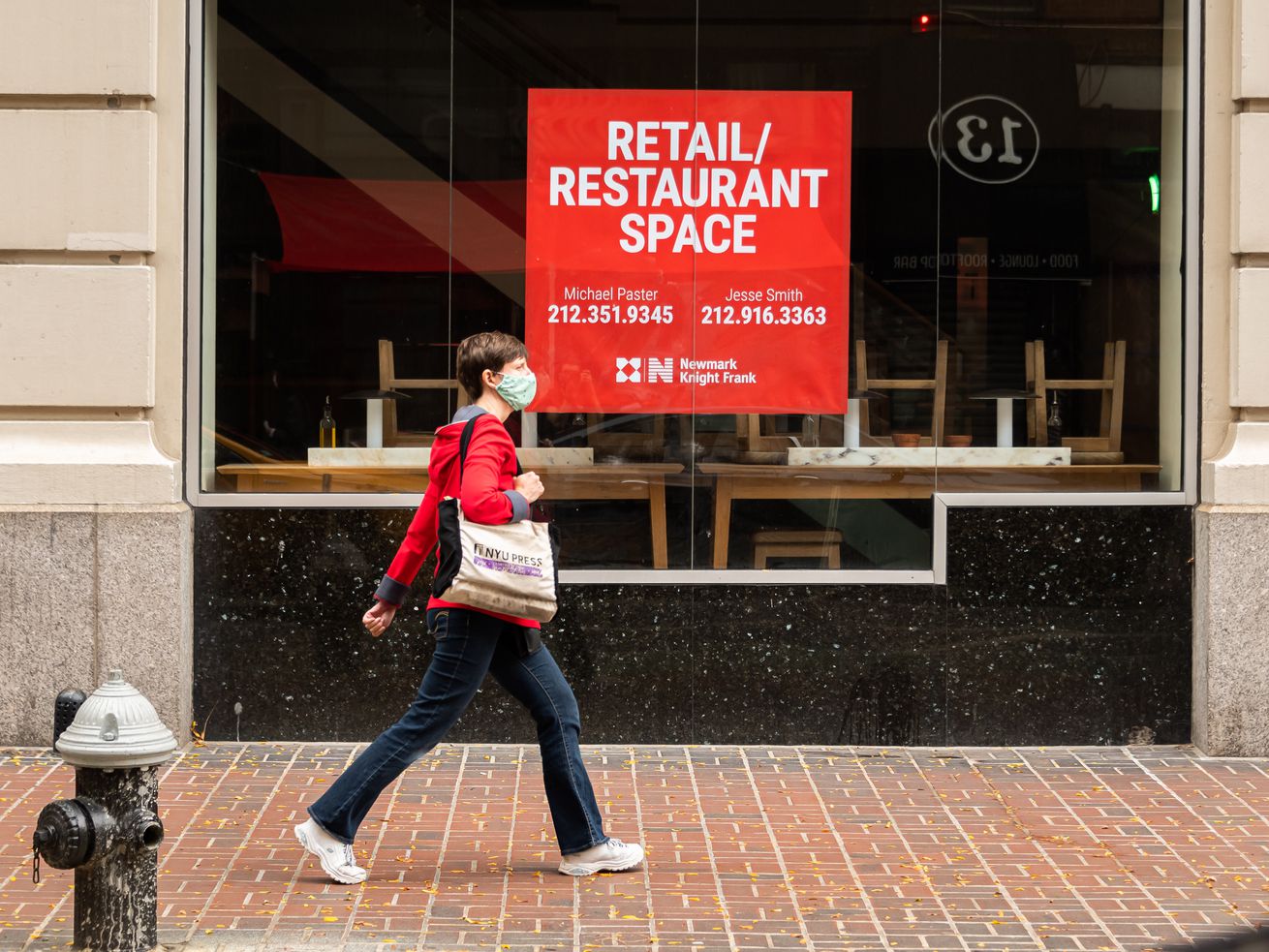 A person walks by a restaurant that went out of business in New York City in October 2020. | Noam Galai/Getty Images

Americans prioritize economic relief over reining in the debt.

When asked about the need to prioritize Covid-19 relief versus reining in America’s national debt, there’s no contest: People are a lot more focused on relief right now, according to a new poll from Vox and Data for Progress.

Seventy-four percent of likely voters surveyed December 11 to 13 say that passing new coronavirus relief is more important than getting the national debt under control, while 21 percent say the opposite. Even among Republicans, 65 percent of those polled said relief was more important than concerns about the national debt, while 31 percent disagreed.

These results bolster Democrats’ longstanding arguments for a more expansive stimulus proposal, which Republicans had previously rejected largely due to worries about the national debt. “There is significant resistance to yet another trillion dollars. The answer to these challenges will not simply be shoveling cash out of Washington, the answer to these challenges will be getting people back to work,” Sen. Ted Cruz (R-TX) emphasized this July.

Senate Majority Leader Mitch McConnell has repeatedly said, too, that a smaller, narrower bill would be more palatable to his members. Republicans’ unwillingness to consider a more generous stimulus package has successfully forced a limited approach: While House Democrats’ latest version of the HEROES Act would have included $2.2 trillion in aid, a stimulus agreement struck this week will likely contain about $900 billion.

And in the long term, the survey hinted that Republican voters are ready to back a calculated return to fiscal conservatism now that Democrats will once again control the White House. But at least here and now, people favor more spending in both the abstract and the specific. Two-thirds of the likely voters in this survey favored a large relief package that includes $1,200 stimulus checks, while 27 percent back a more targeted option. This poll was conducted with 1,136 likely voters and has a margin of error of 2.9 percentage points.

Respondents were also open to adds to the national debt if it were an investment in growth. Seventy percent of people agree that the federal government should occasionally take on debt that drives economic growth, much like households take on debt to pay for a new home or investments in education, and 51 percent say that taking on more debt in the short term is acceptable if it’s helping fuel economic growth.

As Federal Reserve Chair Jerome Powell said in December regarding more stimulus, “The risk of overdoing it is less than the risk of underdoing it.”

As President-elect Joe Biden prepares to take office in the new year — and Senate Republicans plan to resume their posture as deficit hawks — there are a plurality of likely voters who’d like to see Biden focus on curbing additions to the debt.

And although a majority of likely voters said that limiting the national debt was important to them, just 15 percent of people said it was the No. 1 thing they’d want lawmakers to focus on in the new term.

Republican lawmakers, including Cruz, have signaled that they’re interested in dialing up their focus on fiscal conservatism now that Democrats have won back the White House — even if such actions are contradictory to stances they’ve taken during the Trump administration. (Trump’s 2017 tax cuts are estimated to add between $1 trillion and $2 trillion to the national debt, according to the Tax Policy Center.)

.@jonathanvswan: Do you think your colleagues in the Republican Party will rediscover its concern over debt and deficits?@tedcruz: Sure.Swan: Isn’t that the most cynical, phony thing? #AxiosOnHBO pic.twitter.com/P0q587kr4y

As Vox’s Dylan Matthews explained this past spring, concerns about the debt aren’t as warranted in the current moment due to the dire need for more relief, as well as low interest rates:

To be sure, there are times when worrying about the debt makes sense. Countries like the US that print their own currency can in principle always pay their debts, but there’s a risk that doing so would involve printing so much money that hyperinflation ensues. If that were a real danger, the US should be thinking twice about massively expanding the deficit.

But inflation, let alone hyperinflation, is not a real danger at this moment.