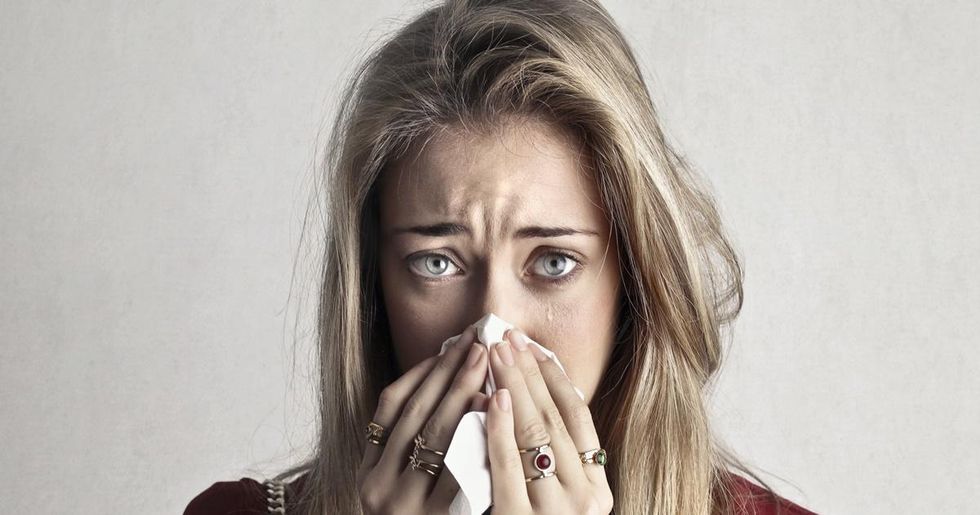 Everyone has that person in their life who “always plays the victim.” When something goes wrong it’s “never their fault” and if you try to challenge them on the issue they get all “high and mighty” on you.

They’re the type of person who does something wrong then tries to paint you as being the real problem for calling them out. Because their bad deed was just them making things even.

These people can be impossible to deal with because they’re never wrong. This mentality also stunts their developmental growth, because when you’re never wrong, you don’t have to change a thing.

A recent study by Israeli researchers Gabay, Hameirio, Rubel-Lifschitz, and Nadler has found that the “victim mentality” is a real and stable personality construct that influences how people make sense of the world around them.

These constructs are powerful to us because we use them to predict and anticipate events and, in turn, they influence our thoughts, behaviors, and feelings.

According to research, the victim mentality or, as they call it, “Tendency for Interpersonal Victimhood,” or TIV, is a stable construct that people can carry with them throughout their lives.

It’s defined as “an ongoing feeling that the self is a victim, which is generalized across many kinds of relationships.” That’s why your friend with the victim mentality always plays the victim and everything that happens in the world is an affront to them.

Researchers say there are four main components to TIV:

Moral elitism – seeing oneself as morally pure or “immaculate,” and seeing those who oppose, criticize or “victimize” oneself as completely and totally immoral and unjust

Rumination – a strong tendency to brood and remain extremely fixated on times, ways, and relationships where they experienced victimization and being taken advantage of

A person who has TIV may be very vocal about their victim status whether it’s caused by societal issues, a personal problem, or something they’ve fabricated. They believe their status affords them moral superiority to others and allows them to behave in ways that are unassailable.

People with TIV are also more likely to try to seek revenge on those who’ve aggrieved them.

This type of person is defined by, and clings to, their perceived trauma and weaponizes it against others. Scott Kauffman of Scientific American says that people can develop TIV without even “experiencing severe trauma or victimization.”

Kauffman believes that people who have experienced trauma are capable of using it for healthy personal growth instead of unhealthy self-aggrandizement.

What if we all learned at a young age that our traumas don’t have to define us? That it’s possible to have experienced a trauma and for victimhood to not form the core of our identity? That it’s even possible to grow from trauma, to become a better person, to use the experiences we’ve had in our lives toward working to instill hope and possibility to others who were in a similar situation? What if we all learned that it’s possible to have healthy pride for an in-group without having out-group hate?

By coming to the concrete realization that this form of victim mentality is real it gives sufferers a greater ability to realize that they are living with an unhealthy personal construct that can be altered. It also gives those of us who have to deal with these people a better way to understand these frustrating people.